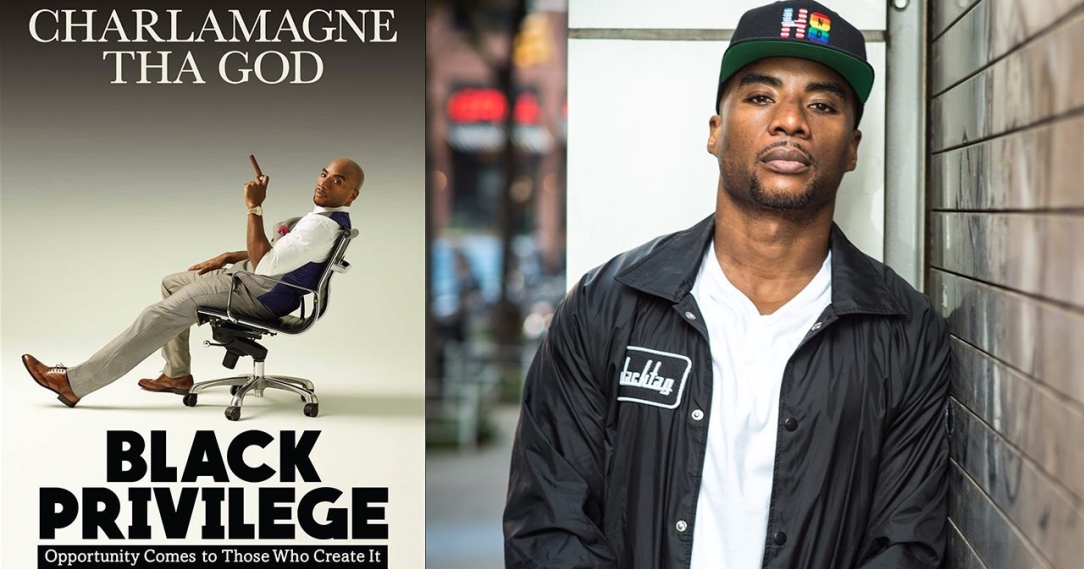 Unless you live under a rock, you have heard sound bites from a 105.1 Breakfast Club interview at some point. Their most outspoken host Charlamagne the god built a reputation on brash, in your face, straight to the point discourse. I also listened to his podcast The Brilliant Idiots and watched a few of his shows on MTV. I picked up this book because I was inspired by his work ethic. I had heard great reviews about this before reading it and i was eager to hear all about this “black privilege” he spoke of.

Now to the actual book. 1st comment is that the intro was longer than usual. This was reminiscent of Meek Mill’s intro record; no hook, just bars and more bars. Once you get past the intro, the book is divided into 8 principles: Its not the size of the pond but the hustle in the fish; PYP (Pick your passion, poison, or procrastination); Fuck your dreams; There are no losses, only lessons; Put the weed in the bag!; Live your truth; Give people the credit they deserve for being stupid; Access your black privilege.

It took me a month and a half to get through the book and I must say, it is damn good. Charlamagne can connect with the average black guy because he uses every day black guy analogies. Take for example his bit on why everyone is special

There is a lot of comedy in this book, but I believe he is putting the medicine in the candy. By making light of very serious situations like selling drugs, having sex with interns and other things, he draws the reader in and makes it known that he was just as bad as the worst scum on earth. He then tells you how he overcame his demons and gives you his keys to success, which honestly was just God! God gives us all privilege and there is nothing anyone can do to take that away.

I give this book a 9/10. Easy read, kept me tuned in and after reading I was motivated to start a YouTube channel. Drop a comment if you have read the book and would like to have a deeper discussion!

View all posts by longlivetobe